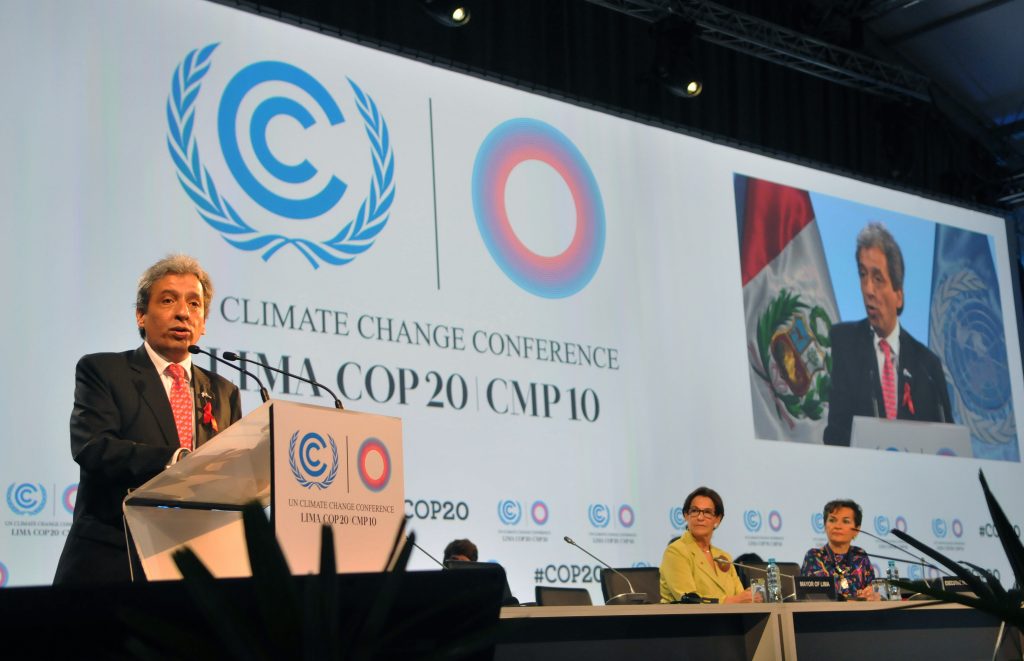 The COP20 has started, and so has the craziness, the inspirational moments, the many unanswered questions. I have the difficult task of summarizing everything that has happened in the past two days here in Lima.

For the four of us, this is our first COP. We have spent bits of yesterday trying to figure out how this would all work out, with over 10 000 participants in one venue. I must admit that I have been extremely impressed by the overall organization, and especially by the fact that the wifi works about just fine. The meeting is being held in the Peruvian Army Base in an outdoor installation, that was built in no more than six weeks!

The opening remarks were made by the president of COP19, Marcin Korolec, followed by the newly elected COP20 President, Mr Pulgar Vidal, the Peruvian Environment Minister; by Christiana Figueres, the executive secretary of the UNFCCC; and by the mayor of the city of Lima, Susana Villaran.

This COP is about dialogue, inclusivity, transparency, spirit of consensus, creativity, and innovation – Mr Pulgar Vidal in his opening speech

Here at COP, IFMSA works with YOUNGO, the constituency representing the youth organizations and individuals present at the conference. We are meeting every morning at 8:00am to discuss about strategy, to plan activities, and to discuss the issues that are important to the youth. The two first meetings focused a lot on the preparations toward the Young and Future Generation Day, that will be held on December 4th. We have put our names down to help facilitate events, and to participate in the activities, together with other delegations.

One exciting thing is that we are sharing a booth with the World Health Organization, titled “Healthy Planet, Healthy People” and that has allowed us to meet directly participants, delegates and parties representatives. The representatives of Philippines, Guinea and Morocco were particularly keen to give our policy briefs to their country’s negotiator, showing their immediate support of our asks on the ADP 2-7 draft: inclusion of health co-benefits to the article 30a) and 31d) and addition of an expert technical meeting on health co-benefits under the UNFCCC secretariat. We find this particularly important, as the health co-benefits, if well evaluated and monitored, could offset a significant part of the costs of shifting toward a low-carbon system.

The next few days will be as much filled, and we will strive to accomplish the objectives we have set ourselves. We haven’t gone too crazy mad yet, but we have learnt a lot about each other:

We hope you are enjoying this brief updates about our work here in Lima, and please do send us your questions if you have any. I am leaving you with a tiny fractions of the acronyms we are trying to memorize to understand what is going on at COP.

Until next time,
Claudel, on behalf of the Delegation.

Bonus
Overhead @ COP: ” When you combine the black swan and the elephant in the room, you get a black elephant, and that’s a very difficult situation ” – One of the IPCC Lead Author