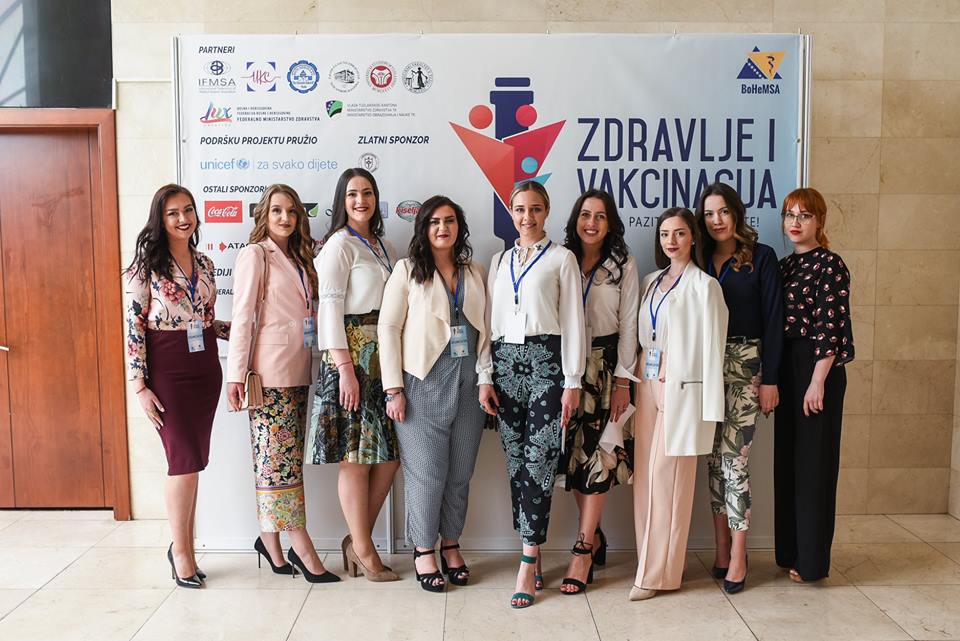 Vaccination is a fundamental human right for all children.

Find here an article written by Nedim Srabović about the ‘Health and Vaccination’ Project. And if you have ideas or projects like this, don’t hesitate to share with us through the IFMSA Programs!

“Health and Vaccination” is a project of the Bosnian and Herzegovinian Medical Students´ Association local committee Tuzla (BoHeMSA LC Tuzla) which has been implemented for the first time ever in Bosnia and Herzegovina, as part of the Global Immunization Week in the final week of April.

In the last week of April, a panel discussion titled “Vaccination: An individual and communal responsibility” was held, thus ending a series of activities which took place during the week. Prior to the Immunization Week itself, activities started at the beginning of the year, more precisely from January, with a general population survey about their attitudes and opinions when it comes to the topic of vaccination. Soon thereafter, a promotional campaign video titled “DINO” was recorded and has been put on our social media platforms so that it could be seen by anyone, with the aim to convey the message about the importance of childhood vaccination, as well as all the consequences of non-vaccination. In order for us to get thoroughly get involved into this topic, we have organized an education for students at the Medical Faculty, University of Tuzla, which was accredited by the Medical Chamber of the Tuzla Canton, as well as a competition for high school students which has gathered over 300 participants from the entire canton area.

The Immunization Week started with the public action “I am also vaccinated,” which was held at the city centre, in order to gather as many different population groups as possible and to encourage the importance of vaccination in maintaining personal and public health. All attendees could leave their messages and traces on our montage wall, and thus give their support to those who need it most, that is, to the children themselves. The central activity was the previously mentioned panel discussion. The panel was held with the attendance of over 200 guests, speakers and participants. The invited panellists were representative from various areas of health, science and public life related to the topic of vaccination, in order to provide answers to all questions, concerns and arguments which panel participants had. Panel, as well as previous project activities, was fully open to all interested parties as well as to all those who have different opinions regarding this topic, in order to create a quality platform for dialogue and exchange of views.