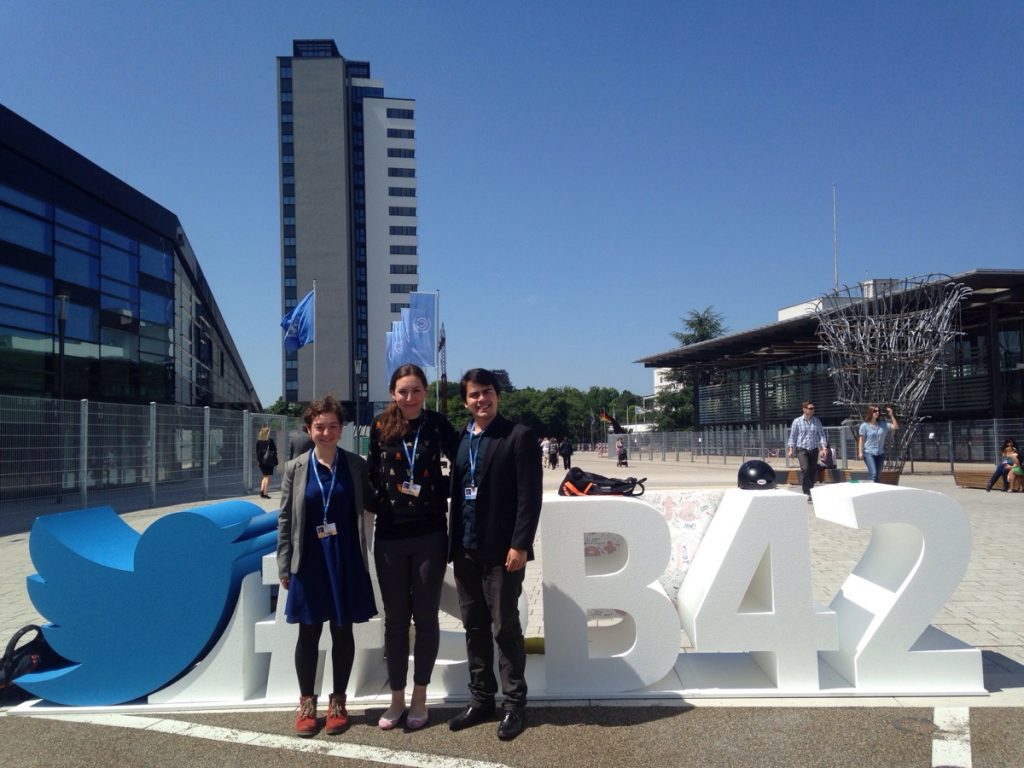 Even with a very small delegation IFMSA didn’t give up to try to raise awareness about the relevance of addressing health in the Negotiation Text of the UNFCCC, a document that will be the basis of the so expected memorable agreement in December in Paris during the COP 21.

It’s been a hectic but very interesting week which has seen frustratingly slow progress on developing the ADP negotiating text, but more and more interest from delegates in the inclusion of health impacts and the co-benefits presented in our policy brief.

“An effective new universal Climate Change agreement must also be very much an effective Public Health agreement, and health ministers and practitioners need to speak up to make that clear as countries shape the final outcome, which will be concluded in Paris, in December.”

This was the central message of a panel convened by WHO on creating country-specific profiles for Health and Climate Change, outlining the health risks associated with Climate Change and potential opportunities from action to address climate change. IFMSA was invited to join the panel and of course used this opportunity to call for more ambitious action to address Climate Change and warn parties of health not being sufficiently represented in negotiations. We lauded WHO’s efforts to correct this and additionally made sure to convey medical students’ willingness to assist with these efforts.

Yesterday IFMSA delegates attended the ADP capacity building session, which stimulated discussion on countries Intended Nationally Determined Contributions (INDCs). This follows calls at the Lima COP for all countries to submit INCDs before Paris in order to strengthen and coordinate country driven mitigation action. Although there is no official template in how these INCDs are produced, young delegates hosted an informative event highlighting how they can be an opportunity for greater civil society and youth empowerment in taking control of our future. Countries have the flexibility to work with different sectors of society (including health!) to create more inclusive and effective mitigation strategies.

On Friday a meeting was arranged with the French Presidency of COP21, Mr Paul Watkinson, during which YOUNGO (representing a variety of youth NGOs) presented questions and proposals for the organisation of COP21 and the development of the Paris agreement. Mr Watkinson commented that IFMSA’s policy brief outlining the climate and health nexus was a clear and effective way to communicate the importance of health, and that he would use it in a presentation on health later that day. He also encouraged young people to submit contributions to the text and further confirmed that COP21 French Organizing Team  would promote greater opportunity for youth interventions and meaningful participation during COP21.

Considering different aspects of Climate Change and Health, initiatives such as the Intergovernmental Panel for Climate Change (IPCC) and the Climate and Clean Air Coalition have during this past week presented extensive work regarding air pollution and its adverse health impacts. Further topics closely related to health, such as Human Rights and migration, have been discussed during several side events. In discussions regarding agriculture and food safety the health aspect has also been widely mentioned, although without concrete suggestions for its implementation into the Negotiating Text itself.

We have another week ahead of us and are keen to continue championing the importance of health in making a deal that will ensure a healthy sustainable future. On Thursday Mali ended the workstream asking “Are we really making a difference?” We have seen that the work of IFMSA certainly is.

For more information about the UNFCCC ADP 2.9 Session, visit: http://unfccc.int/meetings/bonn_jun_2015/meeting/8856.php