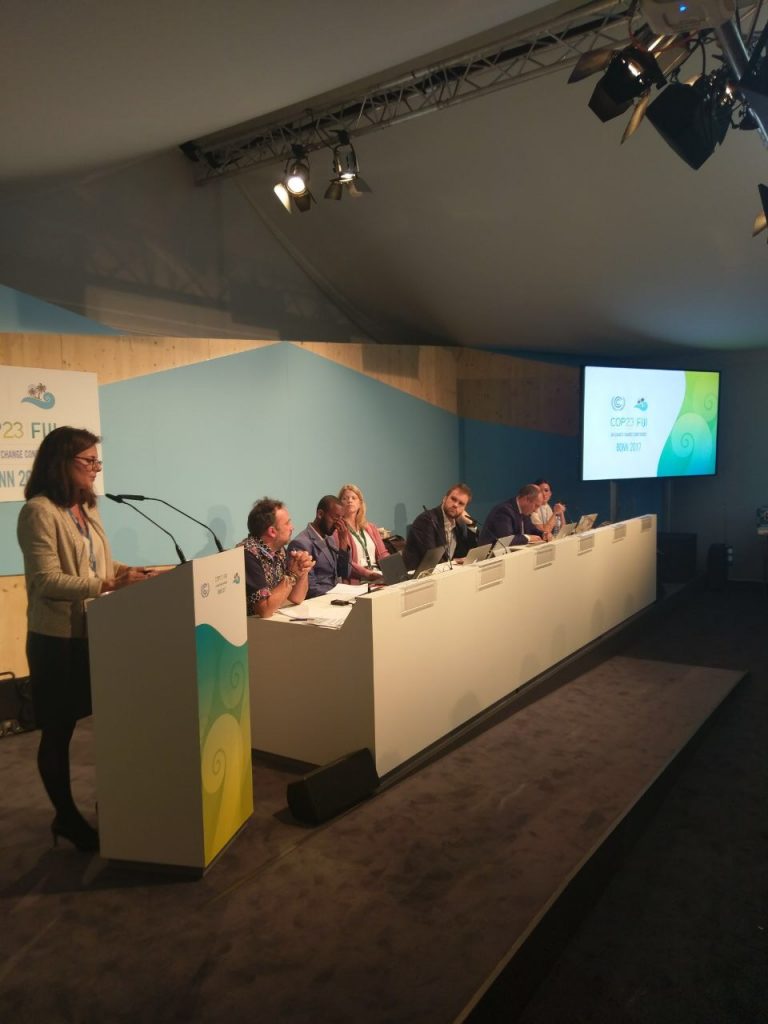 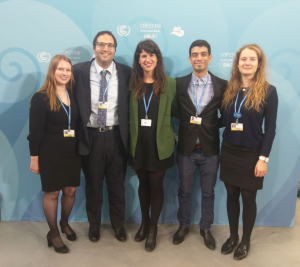 COY13 – gathering youth in preparation for the COP23

Prior to the COP23, two of our delegates, Tarek and Catherine, joined the Conference of Youth (COY) to meet with youth from across the world before the COP23.

COY is an annual international gathering of young people passionate about environmental and climate change thematics. The COY13 is this year’s official event of the youth constituency, YOUNGO, which is the official youth constituency to the United Nations Framework Convention on Climate Change (UNFCCC).

During the COY13 our two delegates had the chance to represent IFMSA and also to discover many other health- and student organizations. By joining the COY23 they gained more insight into the structure of YOUNGO, and also the functioning of the UN and COP. They had the chance to meet the Head of Delegation of the German Party and the European Union and got a great knowledge on the backstage negotiations. Furthermore, they also got the chance of meeting Adriana Velenuza from the UNFCCC secretary who talked about previous COPs and conventions.

At the COY13, our two IFMSA delegates hosted a workshop on Climate Change and Health. The goal was to educate fellow youth about the impacts climate change has on health and to educate on the opportunities tackling climate change offers for health. Furthermore, they brainstormed solutions with the participants attending.

In the closing ceremony Tarek spoke on behalf of the health working group of YOUNGO about the expectation towards COP23 in relation to climate change and health. 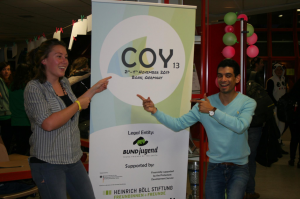 “COY – a demonstration of the energy and innovation of young climate activists from around the world. A truly inspirational gathering, and the first with so many participants from the global south” – Catherine Cooke, IFMSA COP23 delegate for the second week

The first day at COP23

The work at COP23 started with full speed from day one. Our delegation started off with the daily YOUNGO meeting where the Health Working Group was presented. This group allows interested YOUNGO members the possibility to work and exchange ideas and experience on this topic.

After the meeting the opening speech of the COP23 was on full screen. The COP22 and COP 23 presidencies, as well as the UNFCCC secretary Ms Patricia Espinoza, all confirmed that the actual National Determined Contributions (NDCs) are far from enough to meet the ambitious goal set by the Paris agreement to keep global warming under 1.5 degree. The opening ceremony was exciting and made us in the delegation feel ready to take on action for raising awareness on the impacts climate change has on health.

The rest of the day went on participating in different side events at the Event Zone, observing meetings at the Negotiation Zone, and just getting to know this 20.000 square meters conference!

At the end of the day we were exhausted from all of the impressions, but also very excited.

As we finally got our head around the magnitude of the conference our days seemed to run smoothly; we participated at the YOUNGO meeting, we had our daily delegation meeting, and finally went on with our daily tasks.

During these days we have attended multiple side events on different climate change topics and have raised question related to health during these sessions. Furthermore, we have attended health-related talks and discussions and followed several negotiation meetings. We have found that happily more and more countries see the issues occurring due to an correlation between climate change, which excites us as part of the IFMSA delegation.

Moreover, we have been excited about the great news that has happened during the COP23. Firstly, the Syrian ministry signed the Paris Agreement. And secondly, a newly rebranded facilitative dialogue, the Talanoa Dialogue, had its first appearance.The UNFCCC and the Fiji presidency organized this open dialogue where Parties and Non-Party Stakeholders (NPS) that engages governments, UNFCCC constituencies, and the civil society could meet in the same room. The discussion focused on the ambition of implementing NDCs and how observers’ engagement can be improved. Everyone left with the hopes of having similar opportunities of the future.

A health-packed weekend is coming up!

A lot of interesting things are happening for the IFMSA delegation for the next couple of days. It is going to be a whole weekend dedicated to Climate Change and Health!

On this Saturday the Climate and Health Summit will be held. The summit will focus on action to advance implementation of the Paris Agreement and build momentum for increased ambition in climate commitments in regards to health. IFMSA will facilitate a table in the World Café session on ‘Preparing the health workforce: Climate change in medical curricula’.

The summit will then will be followed by what we call the ‘Health Action Day’ on the Sunday. Among other events during this day, a high-level event addressing “Health Actions for the Implementation of the Paris Agreement” will take place with WHO Director-General Dr. Tedros and other exciting speakers.

On top of this Climate Change and Health packed weekend, the German Carnival is happening on Saturday! How fun is that?!