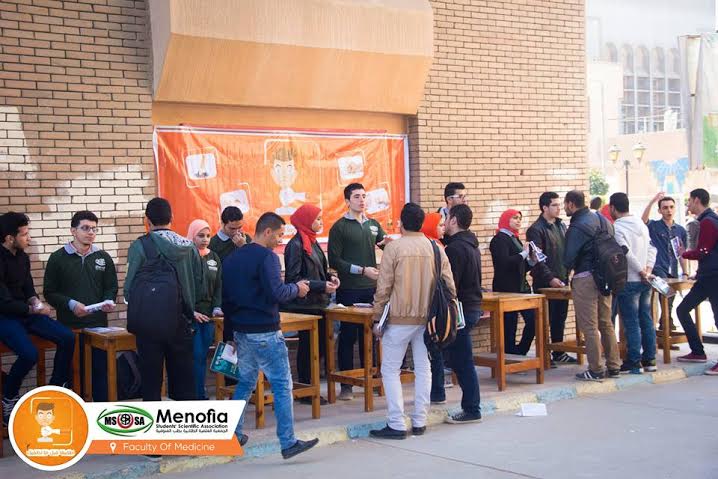 NCDs are a massive burden, in many countries including Egypt and are a truly rising burden. Specifically going to tobacco consumption, it is of a huge threat to know that tobacco consumption in Egypt affects generations: from university students and mothers to kids! IFMSA Egypt performed two ways of needs assessment: A KAP study in medical schools which are 23 in number and the ministry of health statistics. The results of the KAP survey revealed that the huge threat resides in the fact that tobacco industry are actively playing their role very efficiently and are attracting everyone through indirectly showing in drama scenes. Also, the ministry of health alerted us with an alarming statistics tat 1 in 2 kids aged between 6 to 12 has at least smoked once. Additionally around 11% of mothers are smokers. This is from where our efforts started.

One primary goal we have is to raise the concerns of medical students in Egypt towards the threatening figures of tobacco consumption by the end of July 2017. This is because, as future health care providers, todays medical students will be the ones educating public and their patients about healthy living and disease prevention, and they themselves are not properly educated how to transmit these messages. It is necessary to train the future doctors to be agents of change and advocates for healthy living conditions and not just well trained clinicians. What was done was the establishment of interactive awareness campaigns in university campuses advocating for tobacco fighting with the slogan: Tobacco Industry kills its best costumers. 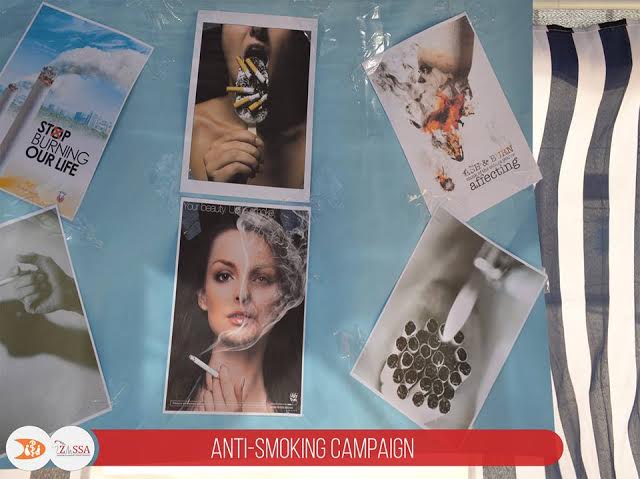 Also having another goal of reaching out to the public and fighting tobacco industry we started advocating for Tobacco Free University Campuses was on top of our list because it influences the whole project. Having to see workers, nurses and doctors smoking in the area where all public reach for healthcare services manipulate their behavior towards the act of tobacco consumption as way in their daily lifestyle. Also, the establishment of Tobacco Quitting Clinics in university hospitals is crucial because then the patient can know that tobacco consumption treatment is as important as cardiac problem or any other health problem treatment. One spot light was IFMSA Egypt policy statement about how tobacco industry manipulate its costumers through indirect advertisement in stores and drama scenes. Actually the policy took a whole success level when the ministry of health approved it, as well as, many other coalitions and NGOs in Egypt. Now the ministry are taking decisions towards fighting this greedy industry and we never stop monitoring.

This projects timeline will end by August 2017, where we are going to evaluate all our continuous monitoring and re-posting to all activities and which we are going to announce all our measurable results nationally and to the EMRO office.

2nd Place: Inside Out – CroMSIC Croatia

How often, during your lifetime, h 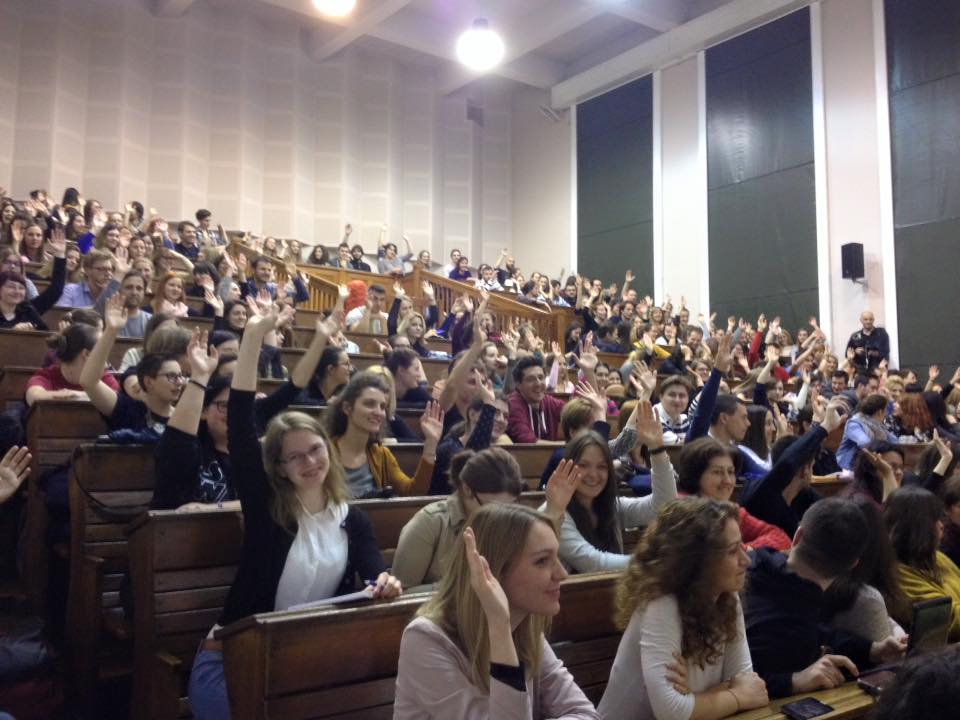 ave you heard that you have to take care of your mental health? Do you have any idea what does that actually mean?

To be honest, one year ago, when somebody asked us about that, we didnt have any clear definition to share. We had some ideas, but there wasnt any secret formula that could indicate whether we are on the right track or not.

During that time, when we started thinking about this project, the only thing we had in mind were all those young people struggling with everything happening in their heads and in their lives during their adolescence. We saw ourselves, and the fights we fought during those years. We saw young people that couldnt find a way to deal with all of that and tried to run away from themselves – into addiction, loneliness or even death.

It didnt took us much to decide to find a way to help them. We designed series of workshops, lectures and trainings with one ultimate goal to give high school students an opportunity to discover what mental health is to them.

Workshops, led by educated medical students, were a tool that enabled students to take a minute, stop with everything they are doing and take a closer look inside them. In order to discover what is mental health to them, they were supposed to think about their emotions, behavior in different situations, their habits and relationships, and understand what stands behind all of that. That process of understanding themselves was the key for self-development. Sounds easy, huh? 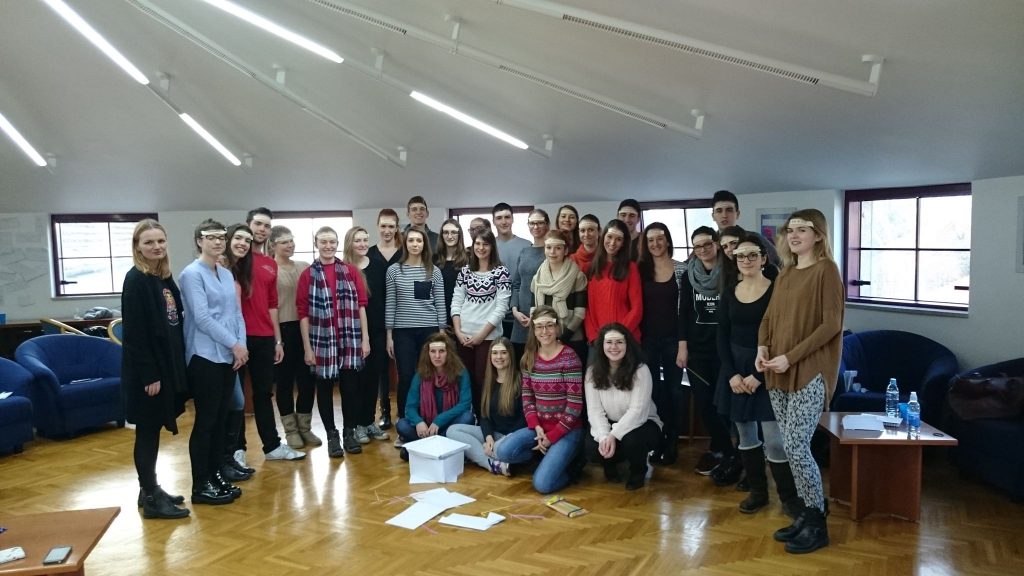 Actually, there isnt anything that hard as facing your inner self, especially when it comes to things you are embarrassed about, hard times in your live or some disappointments you had to face. But at the same time there isnt anything more inspiring than realising that you found a strength not only to accept your past, but to accept your true self.

That was the experience weve had with this project, and it was better than we could ever dream of. After finding a strong team of students that were educated to give peer-to-peer workshops to high school students, and started finding support we were surprised by the number of partners and doctors contacting us, people that recognized the existing need for tackling this issue and the quality of project itself.

Everything was designed to answer students needs, and we made sure that the evaluations and questionnaires they were given were giving them the opportunity to express whether they honestly think they benefited from the participating or not, and numbers we got were just a confirmation of something our educators realized during every workshop that we often forget about ourselves and our mental health, and think that we have to do something special to be happier person, but honestly you just have to do one thing take a look inside yourself and find something special that moves you. And work with that. Inside out. 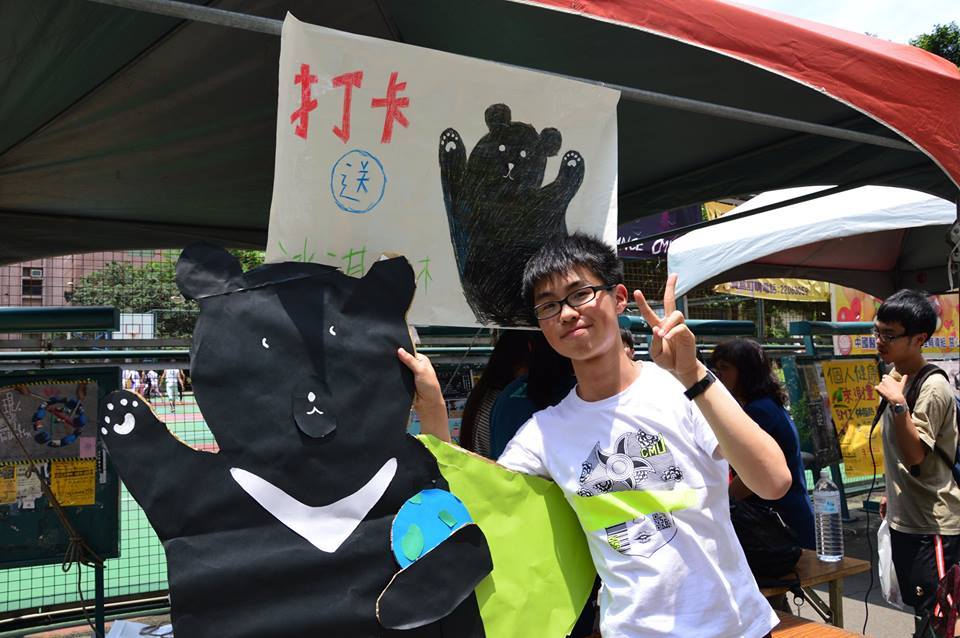 This year, the MVP workshop started with lectures from experienced professors from medical, pharmaceutical, and veterinary field to share their opinions on the importance of future interdisciplinary collaboration regarding One Health.

In MVP Role-playing game participants are assigned various health workers roles like doctors, CDC, government officials, NGOs, companies, and they have to work closely to prevent and manage an outbreak. In One Health PBL, small groups of MVP students work to come up with possible solutions on health topics in Taiwan, China.

Aside from indoor sessions, we also have an institutional visit to LiFu Museum of Chinese Medicine to learn about the history and practice of Chinese medicine and traditional herbs on human and animals.

Weve created an open dialogue between MVP students through workshops, team work, and activities. However, we should not stop here. Currently, we are working on extending our reach to students majoring in public health, bio-statics, economics, politics in future MVP workshops, hoping to include as many voices as possible.