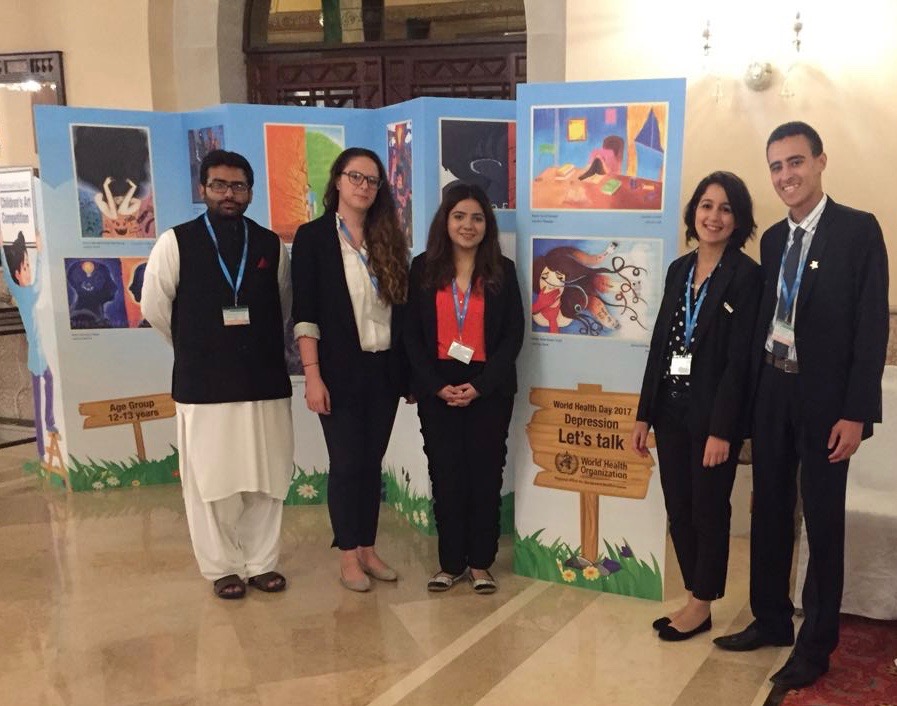 October 11th, 2017 – The third day of the WHO 64th RC EMRO started with the presentation of technical papers on some crucial issues.

The first paper discussed was on “the regional framework for action on cancer prevention and control”. Cancer is responsible for 400,000 deaths in a year and unfortunately the region is expected to have doubling of cancer statistics in the future, it is the 2nd most critical NCDs after heart diseases. The challenges that we face are Humanitarian Emergencies, Curative care v.s. Preventative, Lack of valuation of cancer, Late diagnosis and High cost of medication. The purpose of the framework proposed is to provide an updated strategic reference to the Member States and Operationalize WHA 70.12 resolution. IFMSA intervened with laying an emphasis on stigma attached to cancer and increased youth involvement on the issue among other things.

The technical paper on “Climate change and health: framework for action 2017–2021” was presented next with the emphasis on the effects of climate change on the region. Stating that tackling climate change can also be considered the greatest global health opportunity of the century. Additionally, for effective action against climate change, catalyzing multisectoral interventions and mobilization of support for health and climate action is necessary. IFMSA reminded the delegates of the urgency of the situation and that implementation through all sectors needs to happen now.

Adolescent health and development should have a special focus in the national development policies and programs, and is planned as a crucial part of the Global Strategy for Women’s, Children’s and Adolescents’ Health (2016-2030). IFMSA intervened with a statement that although there has been improvement in Adolescent Health there is still much to be done and emphasized that sexual and reproductive health and rights should not be neglected in the region.

“Close your eyes and imagine a world where antibiotics do not work” were the opening remarks at the presentation of the last yet another crucial Technical Paper on “Antimicrobial Resistance in Eastern Mediterranean Region”. The Director on Communicable Diseases, mentioned that new resistant strains are emerging especially in conflict-affected countries, and spreading globally. IFMSA presented its stance on AMR by emphasizing the importance of implementation of the national policies that most of the member states already have and that the One-Health approach needs to be considered while making any decisions regarding AMR.

The Director on Programme Management drew attention to the resolutions adopted by the Seventieth World Health Assembly and the 140th and 141st sessions of the Executive Board and urged the member states to review the actions to be undertaken, in the light of these resolutions. The Islamic Republic of Iran was nominated to serve on the Policy and Coordination Committee of the Special Programme of Research Development and Research Training in Human Reproduction for a three-year period from 1 January 2018 to 31 December 2020.

The two side events that followed were: