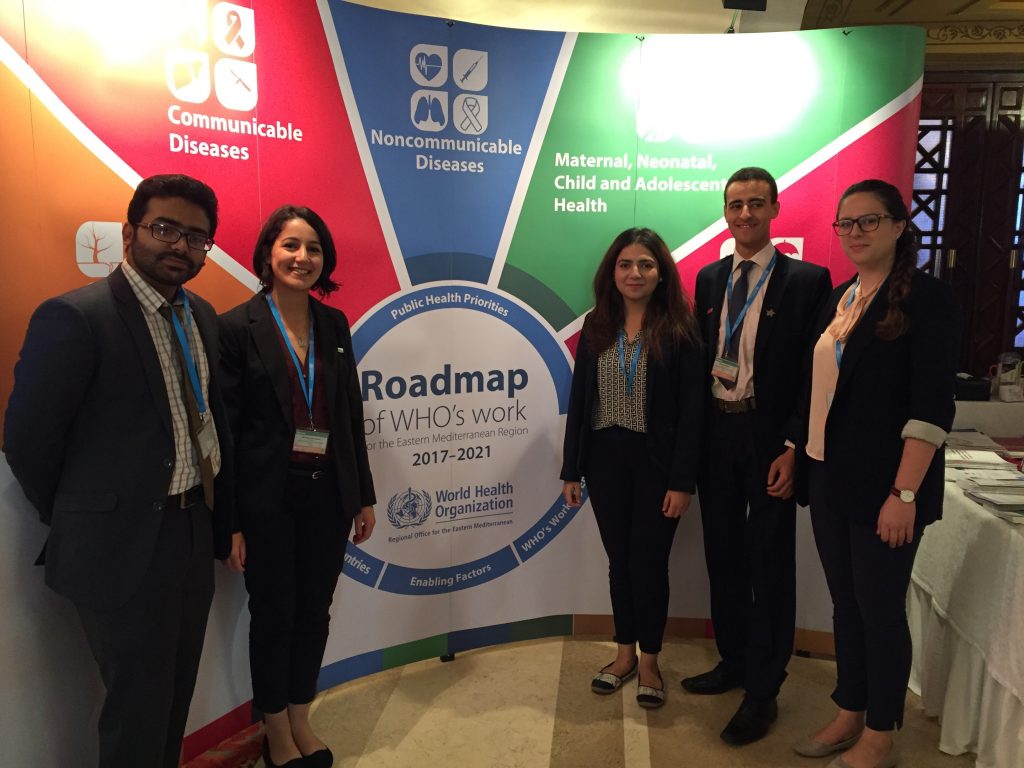 October 9th, 2017 – Today, the IFMSA delegation to the Sixty-fourth Session of the WHO Regional Committee for the Eastern Mediterranean attended the pre-event on technical meetings. Interesting topics were covered during the day such as Universal Health Coverage, Research Ethics to improve decision-making for health, Framework Convention on Tobacco Control and  integrated Surveillance for Communicable Diseases.

In the afternoon, the official opening ceremony took place with the presence of the President of Pakistan Mr. Mamnoon Hussain; the WHO Regional Director for the Eastern Mediterranean, Dr. Mahmoud M Fikri and the WHO Director General, Dr. Tedros Adhanom Ghebreyesus.