IFMSA Delegation to ADP 2.11 is bringing Student Commitment into the Climate Conference Scenario 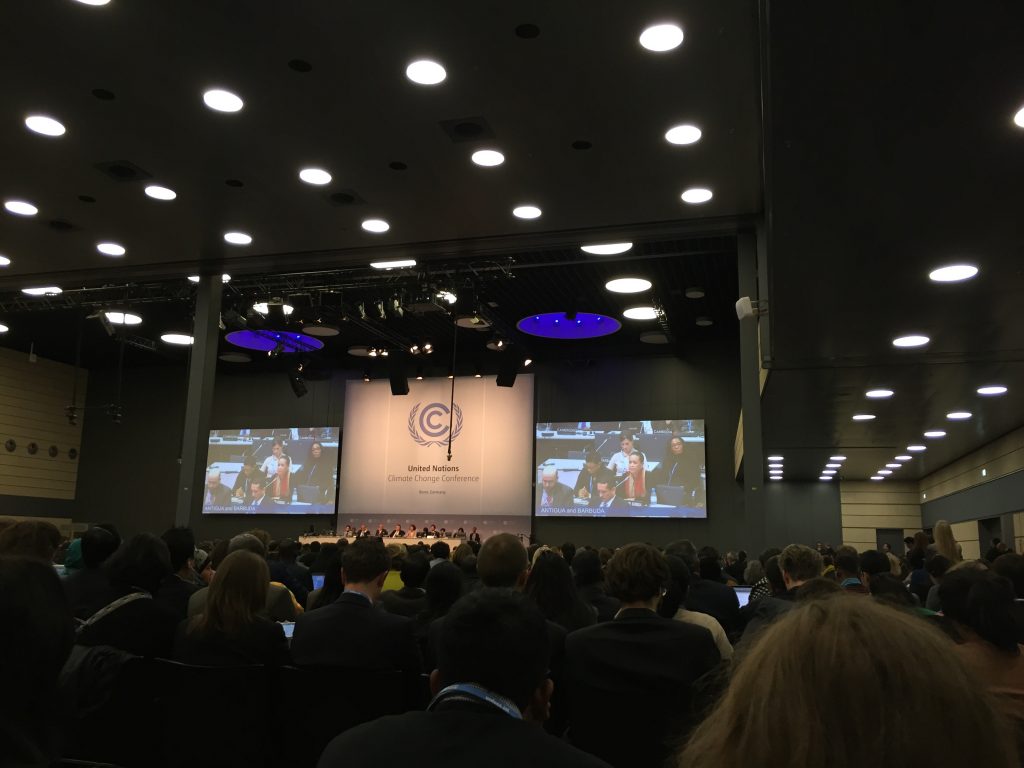 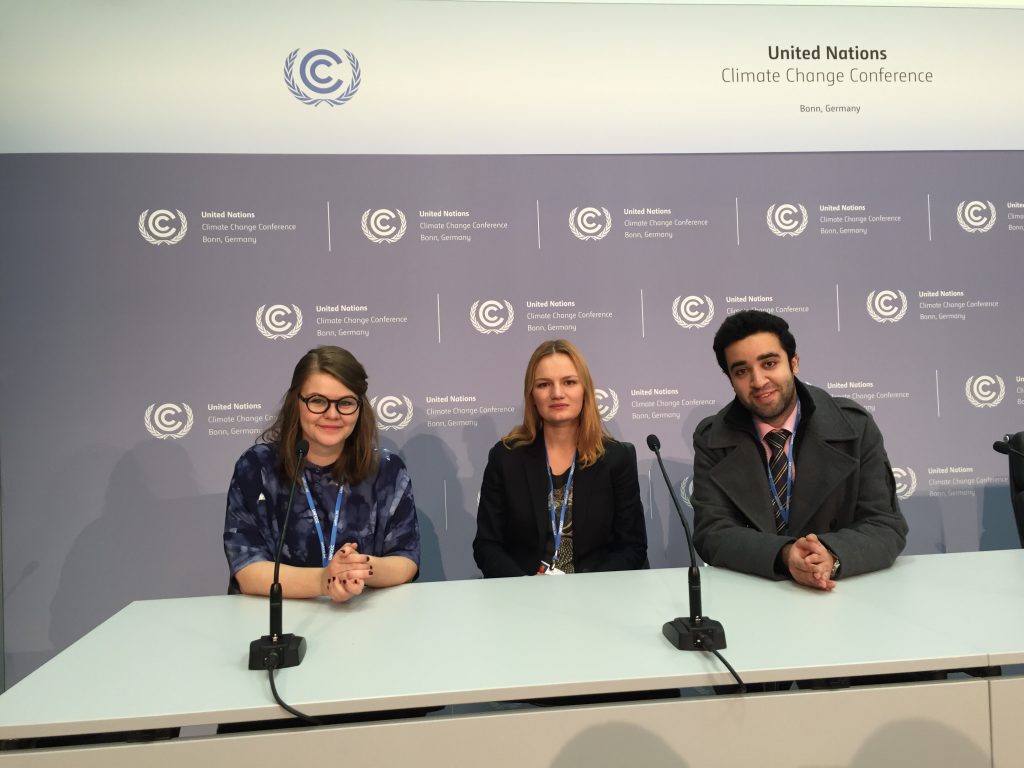 as LPO in CroMSIC-Zagreb, and has just been elected as Program coordinator for Healthy lifestyles and Noncommunicable diseases. She has attended preGA on external representation in AM15 where she became more interested in Climate Change and the role of IFMSA in tackling this problem. Hanas main goal for the ADP is to become more acquainted with the processes of external representation in the IFMSA and to contribute to the goals we plan to achieve in this meeting.

Line Damsgaard, fifth year medical student from Denmark, is finishing her term as local committee president in IMCC-Denmark Aarhus Local Committee. Line facilitated the PreGA on Climate Change and Health in AM15, and is now eager to lean more about the political aspects of the climate change discussions. Line expects to gain a better understanding of IFMSAs external representation as well as to see how the negotiations work. Her hope is to be able to advocate for health to be included in the negotiations!

What is the ADP?

The Ad Hoc Working Group on the Durban Platform for Enhanced Action (ADP) is the platform that will serve as the basis of the climate-document that will be (hopefully) agreed upon in Paris at the Conference of the Parties (COP) 21 to oblige all parties to contribute to climate change mitigation and adaptation efforts. The ADP will define how we in the 21st century fight, survive and tackle climate change.

This October Session is the last one before the COP21, therefore will play a crucial role in outlining the discussions for Paris. It will be countries’ last chances to input and modify the negotiating text to be (hopefully) adopted in December.

In COP20 in Lima, IFMSA worked hard to make sure the concept of health co-benefits were integrated to the ADP text and our advocacy strategy was extremely successful. This work continued brilliantly during the ADP 2.8, 2.9 and 2.10 Sessions this past February/June/August, and now health has the potential to be referred to in the preamble of the text, but only if we keep on advocating for it according to the proposed texts during the said events. Hence, to maintain the momentum, our work must be continued until COP21 in Paris and beyond so that health stays in the climate change talks.

Group goal and vision of the ADP

The IFMSA delegation will during this fourth meeting of the ADP of the year, strive to build upon the work of previous delegations in order to maintain the profile of health in the new climate agreement being negotiated at this UNFCCC session while also advocating, with a health narrative, for the importance of a strong climate agreement that will limit the impacts of climate change on human health. Namely, basing ourselves on the IFMSA policy statement on Climate Change and Health, call for a 1.5 degree maximal mean temperature increase and for the peak of CO2 emissions to be reached by 2015. Furthermore, IFMSA is joining the World Health Organization call for action that will engage stakeholders and parties to ?bring a strong and effective action to limit climate change, avoiding unacceptable risks to global health, alongside the Our Climate our Health Campaign that will run until COP21 and will target all groups that will have an interest in climate to understand the linkage with health. Finally, following on long time work of the Federation, the delegation will follow the discussions on Action for Climate Empowerment (formerly article 6 – dealing with education and empowerment on climate change).

The Delegation is using all its efforts to getting close to negotiators so that health isnt missed from the Paris Agreement, but today the story was more complicated that it might seem. At the opening plenary, it quickly became clear that a large number of parties are not satisfied with the draft text prepared by the co-chairs, which should serve as the negotiation basis. Many important topics that were addressed in the last ADP session, including the mentioning of health in the agreement, were omitted. A lot of discussions ensued on how to amend the text, leading to G77+China, among others, to come up with a proposal of doing a live drafting committee to add the most essential elements to the draft before starting negotiations – which will hopefully be on day 2 of the ADP.

During the live drafting committee, Some countries including EU & EIG (Environment Integrity group) have sent proposals of including health in the preamble. We will be sure to follow up on this in the coming days!

Since we are also working with YOUNGO, the youth constituency for NGOs, we are working on a joint statement with them, doing a section on why health is so important. Keep a lookout for the statement which will be on the UNFCCC website soon!

Some things to be on the lookout for: