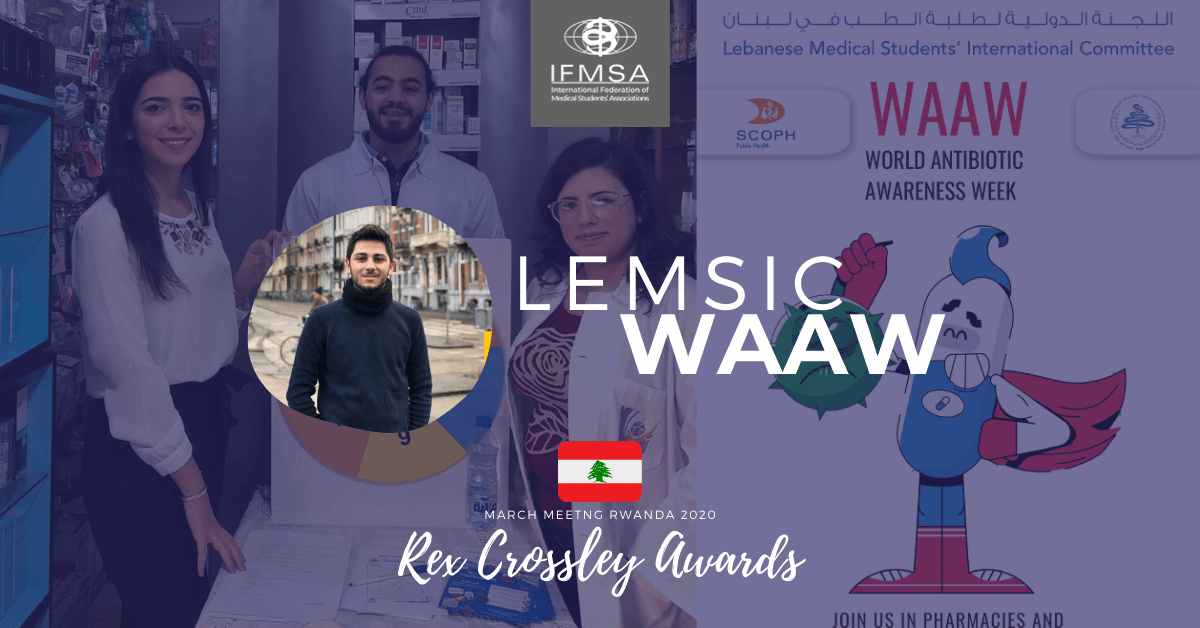 Imagine a place where people have access to a magic pill, and are told that if used, it will cure them of whatever disease they may have: the flu, an infection, an STI… Sounds great, right? However, what if I told you this pill had its down-sides? That if taken by a lot of people, it would lose some, if not all of its magic, and then when the day would come where you really needed it, it wouldn’t work anymore? What would you do then? You would go running around, screaming to anyone that would listen to stop using it haphazardly. Right? Well, this scenario isn’t that far-fetched, and describes in a nutshell the crisis of antimicrobial resistance (AMR) we are faced with today.

In Lebanon, antibiotic use has become entrenched in our culture to such an extent that we now presume these drugs can work miracles: from the common flu, to preventing food-poisoning and sexually transmitted illnesses, self-prescription is becoming out of control. 42% of the Lebanese buy antibiotics without a prescription and 36.2% believe antibiotics expedite the recovery of their child with a common cold infection according to two lebanese studies published in 2014 and 2016. The urgency of antibiotic misuse in Lebanon is not only showcased in numbers but is apparent by the lack of knowledge around the topic that we encountered as volunteers on the field.

To jumpstart the initiative, LeMSIC Lebanon joined forces with WHO to raise awareness on AMR all across Lebanon during the World Antibiotic Awareness Week (WAAW). Indeed, between the 18th and the 24th of November 2019, booths were set up in malls, pharmacies and public spaces to raise awareness among the general public. This was accompanied by a massive social media campaign to reach as many people as possible, and a training to LeMSIC members with the aim to carve the future generation of doctors into fighters against AMR.

With the antimicrobial resistance epidemic we are facing today, our role as public health leaders has never been more important. We cannot cry defeat without giving our best and joining hands in the war against AMR.