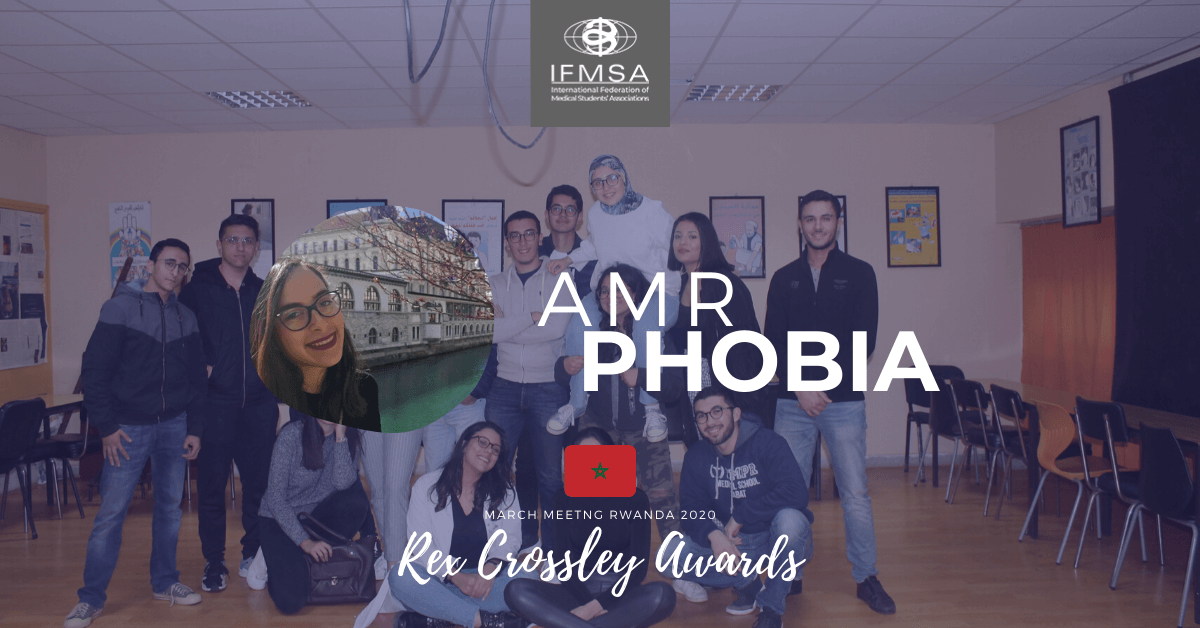 In Morocco and many LMIC countries, AMR is one of the biggest health problems today, one of its main causes in the bad use of antibiotics by the general population as well as by healthcare professionals. This is why we have decided to take the lead and act about it and work on raising the awareness of the general population on AMR and antibiotic use, and to educate healthcare students and professionals for more optimal management and use of antimicrobials.

We started by collaborating for the first time with students of pharmacy and veterinary in Morocco, to launch a national campaign tackling bad antibiotic use from all sides, starting with the general population by improving their awareness and showing them the importance of good antibiotic use, using media campaigns and awareness sessions in public places, primary healthcare hospitals, and high schools while having different materials such as posters and leaflets to distribute, we also focus on health students by raising their awareness on good antibiotic use and taking responsibility and being engaged in using antibiotics. We did several awareness sessions in our faculties and organised for the first time the national congress on AMR in collaboration with the WHO, health ministry and other stakeholders. We also trained and empowered medical students in NGAs, PHLT on AMR in our SRT, and multiple workshops, then we had them educate the population and youth. A third target was healthcare professionals, by targeting them directly and reminding them to be more responsible, and by designing a course for them on antibiotic use following the latest recommendations, the course is done by our professors of intensive care. We also aim to have this course implemented in our curriculum in the future.

Up until now, we reached 11 300 health care students educated on AMR, 12 articles in journals, 3 TV shows and programs, 5 Radio shows, 42 Awareness campaigns and 34 AMR sessions for health students. We also reached over 75 000 views and 542 interactions in social media and more than 8000 young people and from the general population.
Bad Antibiotic use is a huge problem, and can only be solved if we all join hands, if the population uses it wisely, if the doctor prescribes it wisely, if the pharmacists give it wisely, and if the government regulates its use. This is what we dream of and this is what we will keep fighting for.