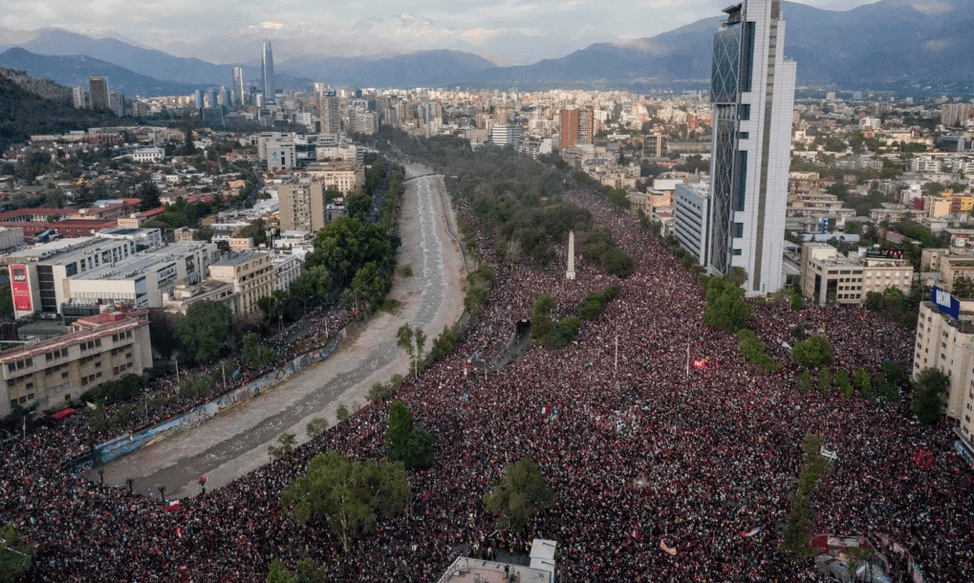 The outbreak of nationwide protests has firstly emerged in Ecuador on October 3rd when President Lenín Moreno decided to cut subsidies, which led to a sharp increase in the prices of fuel and necessary commodities. A state of emergency was declared afterward, suspending people’s freedom to association and assembly and authorizing the mobilization of armed police to maintain order and prevent violence. This led to further incitement of violent and atrocious actions from bilateral parties.

Several protestants have been met with torture and arbitrary detention. Discrimination against certain ethnic groups and media manipulation were suspected to be performed within the society. Misconducts such as damaging private and public property, destruction of national heritage, acts of terrorism against public entities, hate crimes, and attacks against healthcare were prevalent across the country. [1]

The political strength of Ecuador’s indigenous movement is irrevocably remarkable. A massive mobilization of all indigenous communities led by CONAIE (Confederación de Nacionalidades Indígenas del Ecuador) was convened on Monday, October 7th, in which the indigenous communities flatly rejected the economic measures imposed by Decree 883, declaring that they were the most vulnerable and affected people by these measures. They stated that their inability to access basic quality services was due to the undue burden of living costs. In addition, the deal with the IMF will lead to further mining and oil drilling on their indigenous lands.

After President Moreno and the leaders of indigenous groups reached consensus on canceling the ban on subsidies, the 12-day protests finally came to an end on October 14th. Nearly two weeks of upheaval left not only chaos but also 7 dead, more than 1,507 injured and nearly 1,330 detainees around Quito, the capital of Ecuador. Nevertheless, even though the protest is over, the Ecuadorian population has come to face the most critical part of every conflict, which is the post-conflict reconstruction. There are still lags of violence in the Ecuadorian society, and evidence has shown that veiled racism towards indigenous people continues its prevalence [2], which may result in alienating the indigenous groups, intensifying conflicts and amplifying inequalities repeatedly.

After 12 days of violent protests, Ecuador not only has to rebuild its cities and its economy, but it must also unite a population divided by political beliefs.

Following the west coast of South America, several kilometers to the south of Ecuador, more violent conflicts are taking place in Chile from October 14th till now. Hundreds of cases with gunshot and head wounds have flooded the hospitals at unprecedented rates since the unrest initiated; however, medical treatment did not meet their urgently tremendous needs due to the lack of basic supplies. To cap it all, vital medical aid was obstructed due to a strict military curfew. Nevertheless, in a country where the military reign ended less than 30 years ago, young Chileans facing this crisis are converting their fear into strength. Medical students especially were seen at the protest hotspots in Santiago, lending a helping hand to the medical practitioners, hoping to contribute to the medical care of protesters. [3]

Furthermore, the Climate Change Conference of the Parties (COP25) was scheduled to take place in Santiago, Chile, which is now under a state of emergency due to violent protests with a rising death toll and detainment. We believe it is equally crucial to discuss the future of the planet and seek the protection of the environment with respect for human rights and a sound civil society. Following the official cancellation of COP25, we stand with Chile, who is now facing a critical humanitarian crisis and we strongly urge the Chilean government to ensure the protection of the fundamental rights of the entire population.

We, in IFMSA, add our voice to the calls on authorities for a proper and thorough investigation of all allegations of violence, and that accountabilities should be clarified. [4] We also call upon governments to acknowledge the disparities across ethnic groups and further develop public policies to tackle inequalities, improving the living conditions of minority ethnic groups. We also believe that the indigenous people should be included in all steps of discussions and decision-making processes regarding health, environment and climate change, energy sources and land use. [5]

Finally, IFMSA reiterates that the end of conflict does not reflect peace, as peace implies not only the mere absence of disturbance but also the maintenance of the attitudes, institutions, and structures that underpin social justice. As such, IFMSA puts a great emphasis on the contribution to post-conflict development and peacebuilding, as the ultimate aim of our work is to make a sustainable and long-lasting change.