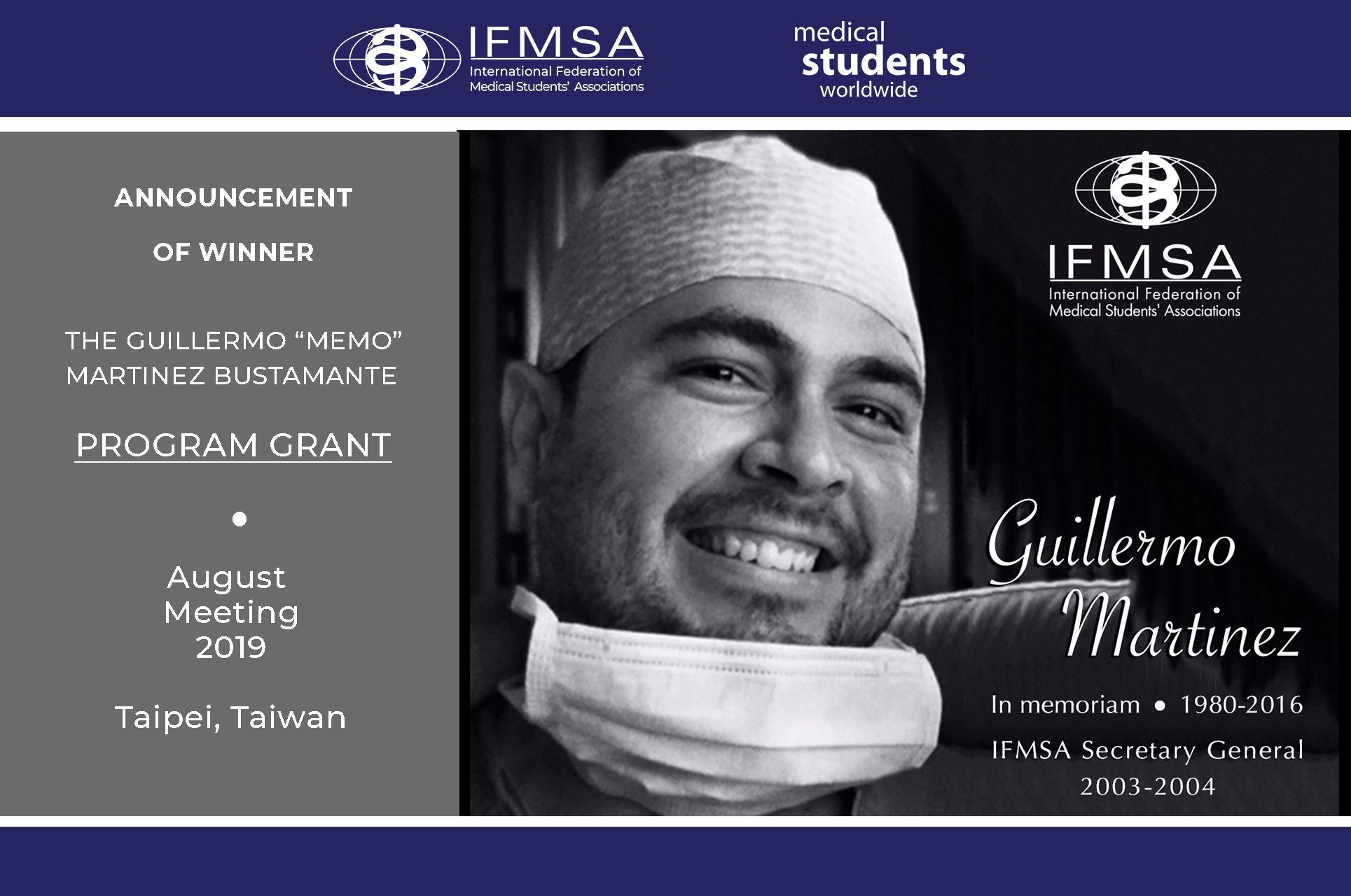 It is our pleasure to announce the results of the call for applications for the Guillermo “Memo” Martinez Bustamante Program Grant.

A compassionate physician, dedicated father, and husband, and well-loved friend and colleague, Guillermo served as staff urologist at the Izola Hospital in Slovenia, where he lived with his wife, Dr. Masa Sukunda (also formerly of IFMSA) and his two children. Despite his busy professional and family life, Memo continued as well to serve various educational and global health endeavors, including serving on the Young Urologist Board of the European Association of Urology.

He was, too tragically soon, taken from the global medical community in August 2016 at the hands of one of his patients in a despicable act of workplace violence. In his memory, a group of Guillermo’s friends, many of them former IFMSA officers, created a Memorial Award in his name as a way to honor him at the heart of the Federation.

The broad objective of the Award is to recognize outstanding activities undertaken by IFMSA members. One (1) award is available at a value of 300 Euros (amount to be confirmed.)

A member of the Memo Martinez Award Steering Committee, dr Emily Spry, is announcing the winner in the video below.

We would like to thank all applicants for their impressive projects. The broad diversity of submissions reflects the essence and spirit of the Memo Martinez reward, intended to honor Memo’s memory by recognizing the creative and impactful contributions of IFMSA members all over this beautiful world.

Your project team’s energy, enthusiasm, and dedication are inspiring and we are confident that you will go on to accomplish many great things for your NMO, your community, and our world. We recognize your valuable contributions and thank you for your application, and wish you success and all the very best in your future endeavors.