A Cemetery of Human Rights

Home / A Cemetery of Human Rights 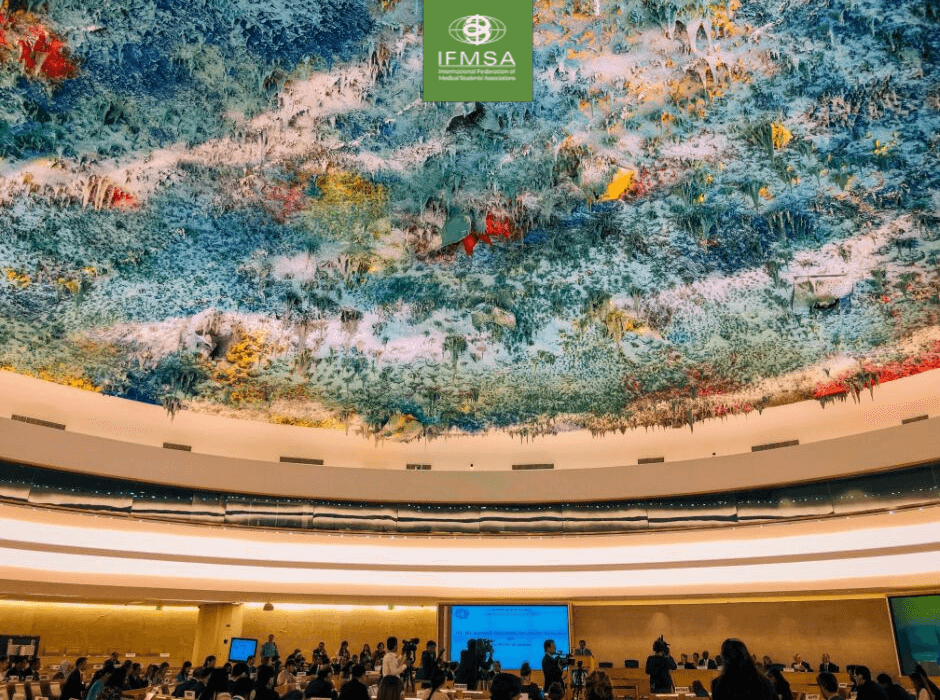 IFMSA attended the 41st session of the Human Rights Council for the first time ever this July and it was a spectacular learning experience and stepping stone into the deeper world of Human Rights, Democracy & the Rule of Law, human rights violations and accountability mechanism.

The Human Rights Council is an inter-governmental body with the United Nations and was created by the UN General Assembly in 2006 under resolution 60/251. Its main aim is the protection and promotion of human rights in addition to reviewing human rights violations and making recommendations on them. It is made up of a variety of mechanisms such as the Universal Periodic Review and the advisory committee. Besides that, the HRC is also able to create fact finding missions to access specific Human Rights Problems and it is the place where the Special Rapporteurs present their work and conclusions on many different subjects, like racism, gender equality issues, access to healthcare & many more.. The UPR’s role is to assess the human rights situation in the UN member states as well as assess the prevalence of the Rule of Law.

IFMSA attended the 41st session as a delegation of 2.

What plenaries/sessions did we attend?

The UPR process of presentation and adoption of several countries (such as Afghanistan and Vietnam) in addition to several side events focused on migration in the EU, the rights of the elderly in addition to sessions which had discussions focused on the situation in Syria, Palestine, Yemen,Sudan, Myanmar and Ukraine were attended.

So, why is the title called cemetery of human rights?

This is actually a quote from the side event about migration, where by the Mayor of a city in South Europe (name will be kept anonymous) raised the issue that the Mediterranean sea has become a liquid cemetery due to the grave human rights violations and refusal of certain countries to comply to the GCM/GCR and simply sometimes to basic rights laid out in the Declaration of Human Rights.

We hope to work more closely in the HRC in the future, as our attendance this July was to lay out a mapping of opportunities and coordinate a stakeholder analysis for the future LRP to make use of in their interaction with the council and the capacity building and experience they will bring back to the Federation after.

Sebastião Martins, Delegate to 41st session of the HRC