20 Years of youth empowerment and action within the eastern Mediterranean. 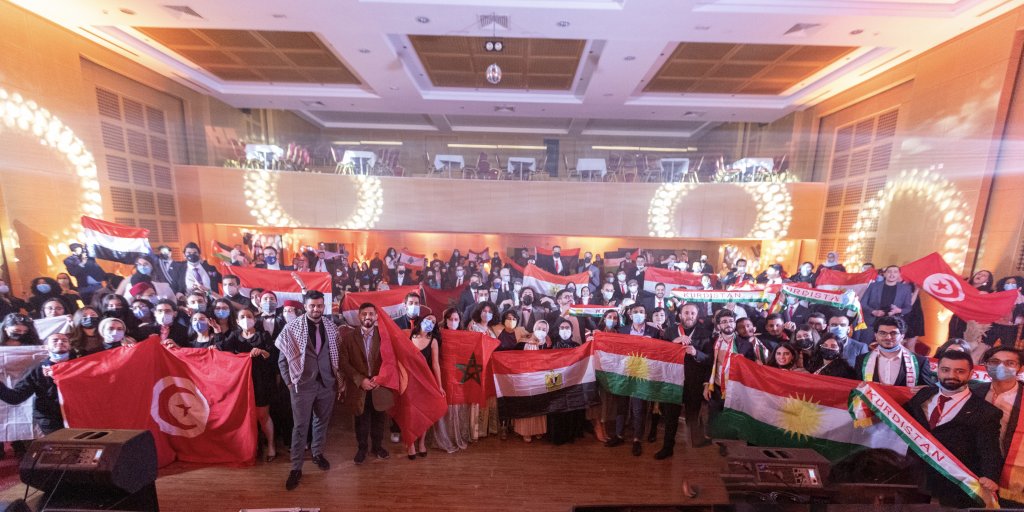 On the 20th anniversary of the region, the 18th IFMSA Eastern Mediterranean Regional Meeting was held as a hybrid event in Monastir, Tunisia from 3rd to 7th of February 2022 Uniting over 200 medical students from 16 countries from the Eastern Mediterranean region in incredible experience that aim to equip them with Knowledge and skills necessary to create culturally sensitive Health care professionals capable of leading and creating a change in their communities.

The 18th EMR theme was Gender based Violence in times of crisis, in line with our regional priority for the term 2021/2022 on Closing the Gender Gap in the EMR, in an effort to shed light on this global issue from a regional context and build the momentum for actions & solutions to be led by youth.

On the opening night,  the stage was lit on fire, from incredible speeches to entertaining performances by young and talented medical students from Tunisia   where our inner child rejoiced in joy and the audience was united in the memory of our beloved childhood songs, chanting together lyrics that shaped the 90’s millennials and had us on that had us on the edge of our seats from excitement.

From there, each Day started with 7 morning sessions addressing all IFMSA Standing Committees as well as building the capacities of NMO Leaderships and Members in  Executive leadership, and Management and continued with multiple events that offered members opportunities to Showcase the change they have been doing on local and and national through inspiring activities, Professional and Research Exchange programs and research abstracts. In addition to holding spaces where decision making took place  to develop and sustain our region and its frameworks and elecing QMSA Qatar as the next host of the 19th Eastern Mediterranean Regional Meeting to be held in Doha, Qatar in 2023.

With a region known for its rich culture and background, each national member organization gathered in our cultural night, dressed in traditional clothes, with their flags waving high, prepared to dazzle us with incredible live performances symbolizing their identities , allowing us to experience the different cultures through music, food and dances.

To commemorate our 20th anniversary, a celebration took place where we were honored to have Dr. Manel Hafsi, Regional Coordinator for the eastren Mediterranean region 2009/2010, who left us in awe with an incredible speech highlighting our region’s progress a decade ago, and the importance of building memories and friendships that last a lifetime.

After 4 days of reunion, rebuilding capacities and decision making EMR18 came to its end and during closing ceremony,  The winners were announced  competitions as following:

The 18th EMR ended with a lot of success, building capacities, friendships and uniting the region under the hopes of meeting again in Qatar, 2023.