IFMSA Delegation to COP21: And so it Begins!

Home / IFMSA Delegation to COP21: And so it Begins! 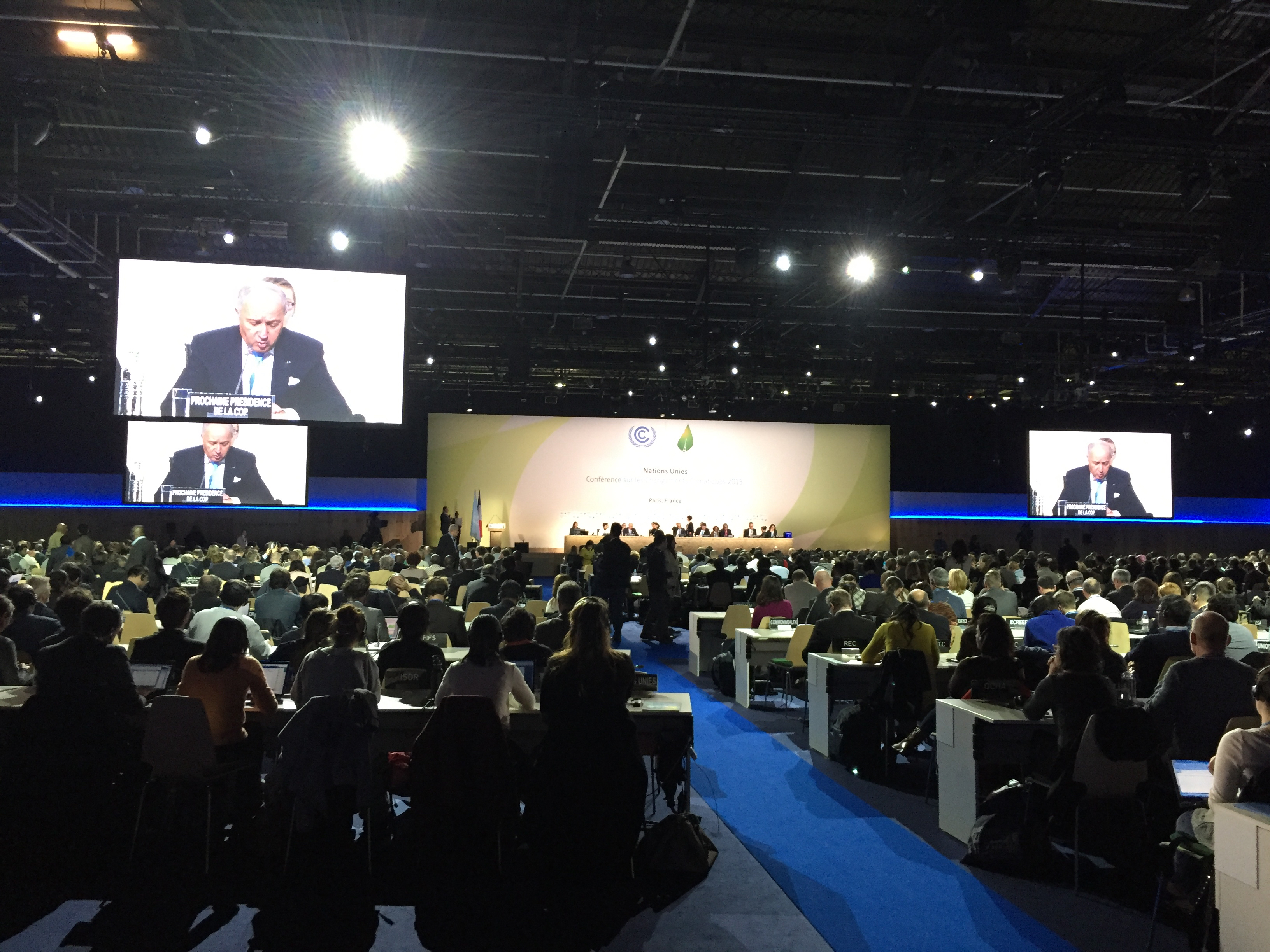 151 world leaders gathered on 30th November in Paris for COP21. Never before have this many Heads of States gathered in one place. Why did they gather? Because, as stated by the President of United States, Barack Obama, in his speech: There is such a thing as being too late, and when it comes to climate change, that hour is almost upon us.

Every year, the United Nations Framework Convention on Climate Change (UNFCCC) hosts its annual conference, known as the COP – the Conference of the Parties. This conference brings together people from member states, Civil Society Groups and Intergovernmental Agencies from all over the world to talk about international collaboration on Climate Change. This will be an event that will be influencing global and national policy on adaptation and mitigation efforts.

Why is this COP Special?

Right now, the eyes of the world are on Paris and it is the biggest climate event the world has ever seen, with more than 40,000 participants including 25,000 official delegates from government, intergovernmental organisations, UN agencies, NGOs and civil society. COP21 will — hopefully — be the event defining how the world will tackle climate change in the 21st century. It is expected that COP21 will serve as a platform where countries will adopt a legally binding and universal climate agreement. This would be a first in over 20 years of climate talks!

Leading up to COP21 there have been extensive negotiations as negotiators and country delegations have met at the Ad Hoc Working Group on the Durban Platform for Enhanced Action, or ADP session for short. The negotiators worked on a draft agreement that serves as the basis of the climate-document that will be debated here in Paris throughout the two weeks. It has been a long process, but the last ADP session before Paris ended on a hopeful note. The chair of G77 and China concluded by saying that this [draft agreement] can constitute a basis and a starting point for negotiation!

All of this progress on the draft negotiations before COP is a promising sign for a positive result. We are closer to an ambitious and binding agreement than we’ve been in a long time! Skander Essafi is a fifth year medical student in Tunisia, and currently the IFMSA Liaison Officer for Public Health Issues 2015-16. He is acting as IFMSA Head of Delegation at COP21. He’s been involved in Climate change issues for almost a year via several IFMSA internal and external activities.

Alice McGushin has just finished up her medical studies in Australia. She has been working in the climate change and health space on the local and national level since becoming aware of the health effects of climate change about three weeks into her medical degree in 2010 and more recently at the international level with IFMSA. Living on an island far closer to Antarctica than most of the previous COPs, this is also her first time on the COP delegation.

Anne-Lou McNeil is a second year medical student in Quebec, Canada. She has held several positions at IFMSA-Quebec. She has a strong interest for climate change in regards to Global Health and International development. She just completed an internship at the Emergency Preparedness and Risk Relief Department at the PAHO where she worked on the SMART Hospitals projects aiming at making healthcare facilities more resilient and safe, but also reducing their environmental footprints.

Benedetta Rossi is a sixth year medical student from Italy, has just finished her term as local committee president in SISM-Italy, Brescia Local Committee. She has started working in Climate Change issue two years ago, she participated to Barcelona Summer School on Global Health and Climate Change where she got more involved in international dynamics.

Kit Moran is a first-year medical student in Canada. He has a background in environmental and climate studies, and is excited to be able to carry it over into his medical education. This is both his first IFMSA and COP delegation.

Line Damsgaard, fifth year medical student from Denmark, is active in the international work of Denmarks NMO, IMCC. She attended the PreGA on Climate Change and Sustainability at AM14, going on to later facilitate a PreGA on Climate Change and Health at AM15. She attended the ADP 2.11 in October, and is now eager to continue the work of IFMSA in advocating for health to be included in the agreement!

Samantha De Leon is a fifth year medical student Panama, finishing her term as National Public Health Officer for IFMSA-Panama and starting a new one as ?Environment and Health Program Coordinator. She attended the 2015 Barcelona Global Health Summer School on Climate Change and Health, collaborated with a team of IFMSA students on a WHO published Training Manual on Climate Change and Health and attended ADP 2.10 as part of the IFMSA delegation.

What has happened so far

COP started early this year, with the parties convening on Sunday 29th November for the last ever ADP opening Plenary — taking the last steps of what should lead to the Paris Agreement. The ADP CO-Chairs and current and previous COP presidents presented the intense journey undertaken to draft the text.

On Monday 30th, the delegation kicked off the meeting by attending the Youth Constituency (YOUNGO) meeting. Then they skipped over to follow the COP Leaders Event, where heads of states gave short speeches expressing their anticipations for the agreement. The speeches were full of ambition and hope, so we are anxious to see if this will also show in the negotiations.

“Ambitious, comprehensive, fair, binding – this is how the global agreement should be!”

“A political moment like this may not come again, We have never faced such a test. But neither have we encountered such great opportunity.”

The policy strategy within IFMSA and YOUNGO is getting more solid and we hope to gain more visibility in the next couple of days. Our focus is mainly on health in the Mitigation, Education and Loss and Damages sections.

We’ve had a few meetings with delegates already, explaining the importance of both health and education in the agreement, and are hoping to set up more meetings soon.